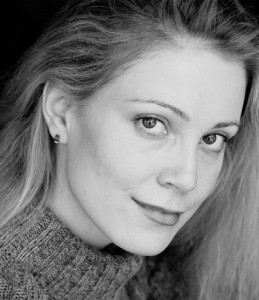 Although Arlette Morgan is part of a cast of fourteen undoubtably gifted performers, I simply cannot help but single her out as exceptional.  She is remarkably talented, preternaturally beautiful and the warmest of souls.  And the most amazing and joy-inducing fact about Arlette for me is this — she is my wife.

Medieval mystery plays began in the 10th century as serious church performances and developed into colorful and theatrical spectacles involving the whole community. Our concept for this show borrows from both the ancient and the modern. We have chosen to perform these plays as Shakespeare might have seen them as a boy, with Elizabethan costumes and settings, but with a contemporary holiday twist. We hope that these plays will be as silly and as moving as they were hundreds of years ago.

Plays being presented are The Creation, Noahʼs Flood, The Procession of Prophets, Josephʼs Trouble About Mary, The Salutation of Elizabeth, The Offering of the Magi, The Flight into Egypt, The Slaughter of the Innocents, and The Purification of Mary.

Arlette will be portraying a number of personas in this production, the most notable being that of Lucifer — that highest of created beings who grew prideful, rebelled against God and became Satan.  Hence the title of this post.  I have to make this clarification lest she go medieval on my ass.

If you enjoy the opportunity to see a true professional actress practice her craft, then I highly reccommend you come out and see Arlette’s show.  Tickets can be purchased online at www.stolenshakespeareguild.com, by calling Theater Mania at 1-866-811-4111, or you can buy your tickets at the box office starting one hour before show time.